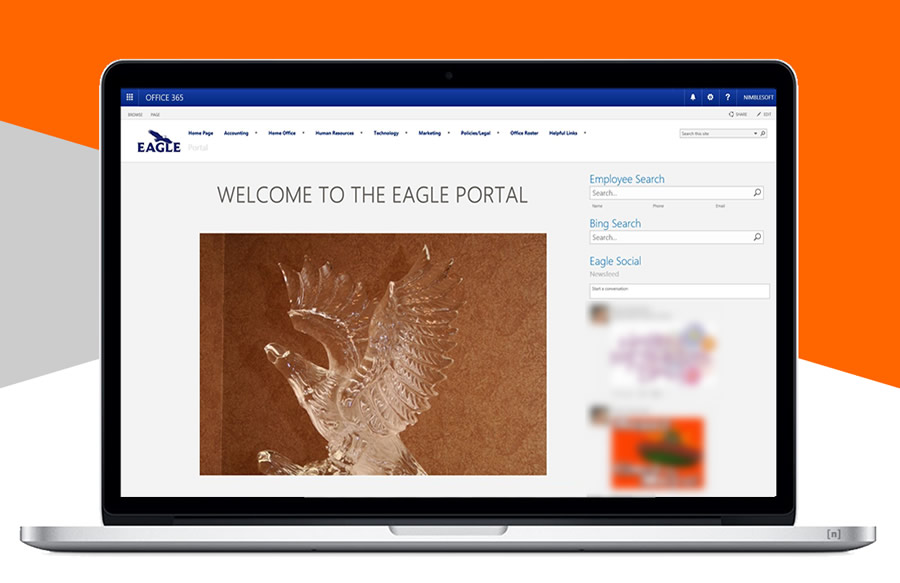 Microsoft has advised designers and developers to avoid branding SharePoint sites beyond the built-in themes and logo changes. There a couple reasons for this and they make sense. The first and most important is that as software moved to the cloud the ability to push updates became easier and more critical for security reasons – but that means the occurrence of issues caused by the updates conflicting with custom changes goes up. So avoiding custom code in the template files is advised. The second is that you wouldn’t custom brand Word or Excel so why would do that with SharePoint.

That doesn’t change the fact that having a custom look and feel for applications is important to many companies. Eagle felt strongly about the custom look and feel they desired and so instead of either advising against it, or breaking the guidelines set out by Microsoft, we found a alternate path. We ensured that Eagle had the ease-of-use of a modern website with that comfortable look and feel – while also ensuring we made no changes to the master pages. All changes were done with CSS outside of the code that Microsoft would frequently update. Best of both worlds.