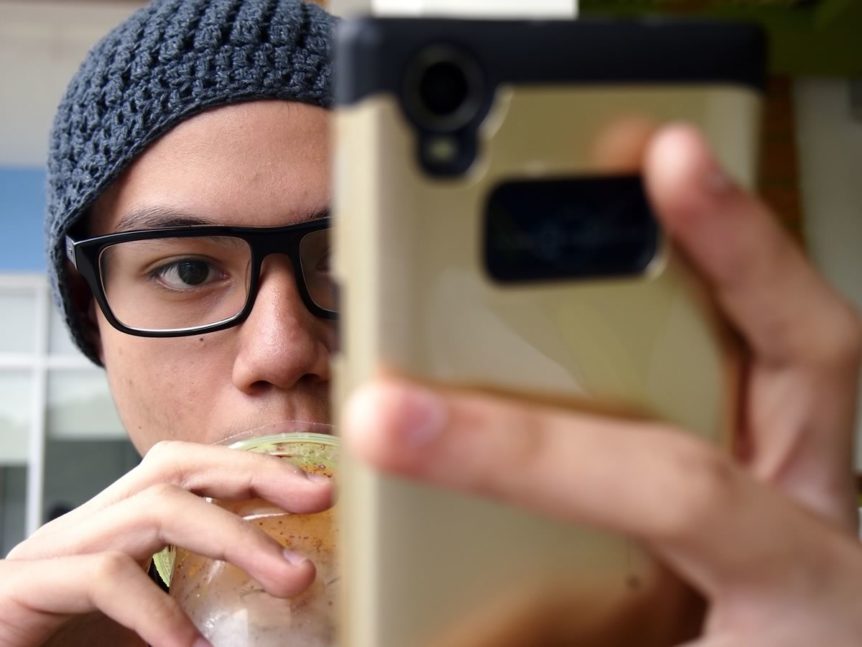 On April 18th 2017, Mark Zuckerberg held a Facebook Developer Conference. Zuckerberg and the Facebook leaders spoke about the future of artificial intelligence and virtual reality. Originally, Facebook focused on connecting friends and family. Their next focus is building community and common ground.

Here is Facebook’s plan for the next 10 years:

Zuckerberg said “We are building the technology to give anyone the power to share anything they want with anyone else.”

The first 3 years focus on the ecosystem that Facebook has already created. Followed by the 5 year plan, where Facebook will emphasize the growth and development of Instagram, WhatsApp, Messenger, Groups, Search, and Video.

As for the 10 year plan many technology advances will come into play. Including, Connectivity, Artificial Intelligence, Virtual Reality, and Augmented Reality.

Facebook has created, built and recently introduced Aquila. Aquila is a solar powered plane that is going to  beam down internet connectivity to people all around the world. Terra graph, is a multi-node wireless system designed to strengthen dense urban areas’ Wi-Fi networks through extending fiber using wireless. Facebook’s Tether Tenna drone is marketed toward serving emergency areas. However, these are all a part of Facebook’s ultimate goal of making internet access globally ubiquitous- which means more Facebook users.

We already use artificial intelligence in our everyday lives- responding to a post online, locking your doors, listening to music, or using Siri. AI is going to bring major shifts in society through developments in self-driving cars, medical image analysis, better medical diagnosis, and personalized medicine. Facebook’s artificial intelligence efforts are focusing on improving things like speech and object recognition, and translating an online post into dozens of languages.

A pair of glasses or even contacts will look and feel normal, but they will allow us to see information and digital objects on top of the real world. For example, you put on the glasses and say you want to play a board game. The game will virtually appear in front of you allowing you to see and play the game as if it were physically there. Or, you can buy a $1 app  of a virtual television compared to a physical one and watch a program right in front of you.

Zuckerberg said “There are so many physical objects that don’t need to be. When they are no longer physical, they will be more affordable and accessible.”

Now, the Opinion of a Millennial

From the chart below you can see that the younger the population, the less interested they are in Facebook. 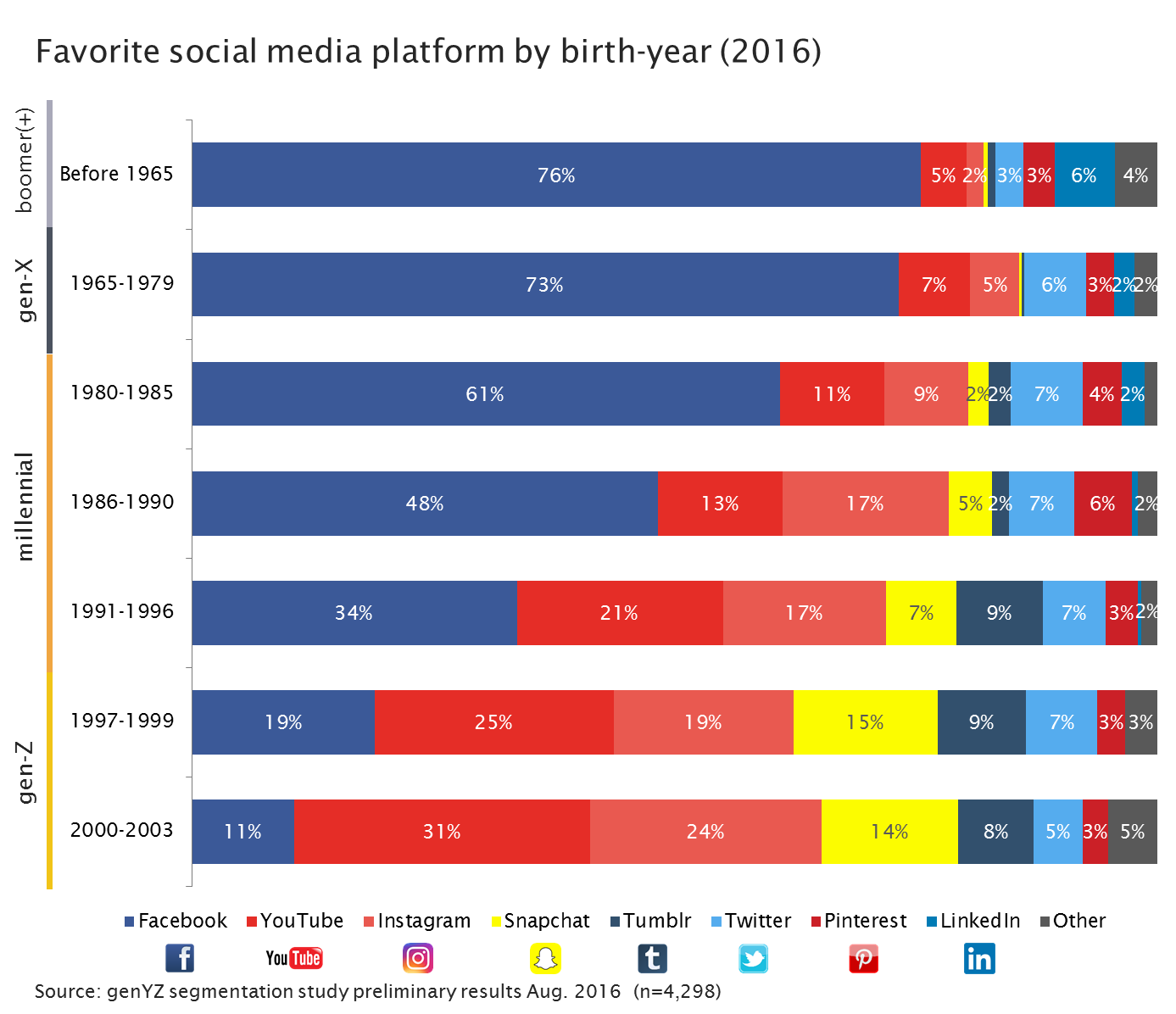 Just 15% of gen-Z picked Facebook as their favorite platform. With many choosing YouTube, Instagram, and Snapchat. But why? Because “Facebook is for old people”. As mentioned earlier, the original focus of Facebook was to keep friends and family connected. A report from college marketing and insights agency, Fluent, examines the online activity of gen-Z. Fluent found that 51% of macbook users use the platform to keep in touch with high school friends/family. While 39% use it to connect with college friends. Facebook is currently being used to basically keep in contact with others.

Snapchat and Instagram allow users to post what they are currently doing and give your followers an immediate idea of what they are doing. Snapchat allows filters, drawing and typing directly on the pictures you take. This is one thing that Facebook is adding to their platform- just a bit more advanced.

Facebook has been know by Generation Z as the “old people” social media. By adding Connectivity, Artificial Intelligence, Virtual Reality, and Augmented Reality Facebook is tailoring their efforts to the younger generations and keeping up with the other social platforms.